Since the turn of the 19th century, Ermenegildo Zegna has redefined the capabilities of couture, discovering new methods to weave and wear the finest fabrics in the world. From the Merino flocks in Australia to the textile mills in Italy, every aspect of Zegna reflects the passion and dedication in making the best that luxury has to offer.

Zegna began his illustrious legacy in the foothills of Trivero, beneath the Alpine mountain range. In 1910, he founded his first wool mill under the name Lanificio Zegna. Since then, his company has extended far outside of the realm of fashion to become one of Italy’s most celebrated and accomplished family businesses.

However, Zegna’s one true domain still remains with the thread and cloth. They have made a remarkable impact on the fashion world, primarily for the discipline and respect to nature taken into account when they produce their goods. It first began with a road, from the mill into town. Yet, as time passed and the power of a dream grew larger, he would go on to build a city out of that town, and a natural park named Oasi Zegna. The park, stretching over 1000 km from that small town of Trivero in Piedmont to the crests of Bielmonte.

Eventually, it would turn out that his crowning achievement was not any of these tremendous deeds but rather the very name that he built for himself. A name that is now immortal throughout the world, and represents all of these amazing endeavors. 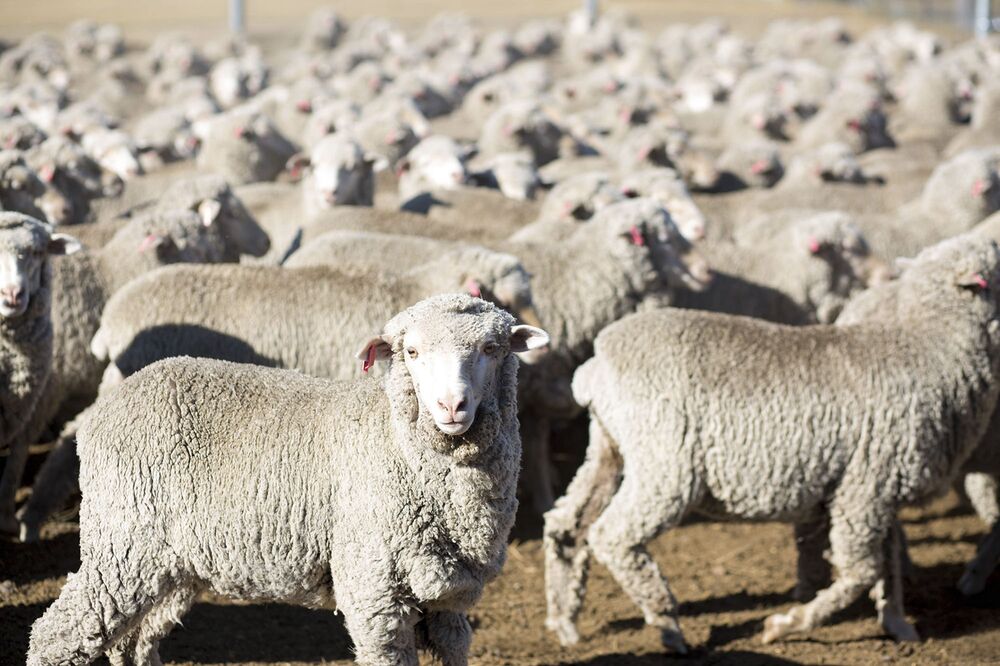 Trofeo is a timeless classic of Lanificio Ermenegildo Zegna. It originates from the Achill farm in Australia. Since Zegna owns 100% of the supply chain, they oversee the raising and caretaking of tens of thousands of sheep. This is an incredible feat that feeds the 500 tons of wool demanded from Zegna every year. During this process, a very special kind of wool is cultivated to perfection. This wool is made from long Australian superfine merino sheep, known for producing the finest wool the world has ever known.

As a result of the excellent care, all of the colors are rich and vibrant, worsted for sublime softness. This fabric has such a prestigious legacy that there are yearly award ceremonies held by Zegna to celebrate the best growers. At this year’s award ceremony, an Australian wool grower shattered the record for the finest wool in the world, measuring at 9.8 microns. That is a staggering result considering that Cashmere, one of the finest fabrics known to man, only averages at around 11 microns.

While in many cases, woolen fabrics appear denser and thicker, as they are generally perceived to be much warmer alternatives to the other fabrics on the market. However, while they are excellent for the winter years — especially the fabrics with thicker, non-worsted finishes — Zegna has developed techniques that makes wool wearable all year round. Typically, wool has a much shorter fiber that is fuzzy and sticks out when spun into yarn but the technology used at Ermenegildo Zegna constructs a weave far thinner and breathable than the typical wool. As it turns out, the concept of wool being functional only in the wintertime is not entirely correct. Ermenegildo Zegna has made tremendous strides in the understanding of the weave and the quality of fiber developed to allow for adaptability and temperature control in the heat.

There are actually several different amazing features that these fabrics showcase. For example, with the use of nano-technology, Ermenegildo Zegna creates a revolutionary stain-resistant fabric that is called High-Performance Microsphere. The technology allows the fabric to function similar to a lotus leaf which is known for being resistant to absorption. Along the same lines, whenever there is a stain introduced it does not seep into the threads and the fabric remains untarnished throughout the lifetime of the garment.

Furthermore, Zegna also feature the signature COOL EFFECT fabric. This is an extraordinary design that implements a finishing effect on the fabric that is reflective of direct sunlight. This has incredible properties that make wool far more versatile than ever before. Beforehand, wool was often seen as a non-functional luxury fabric in hot climates. It was simply too thick and heavy to endure the heat and humidity. Yet that is now a thing of the past as Zegna usher their latest development to center stage. Made with their Australian Superfine Trofeo Wool also, COOL EFFECT fabric is now an exceptionally soft, breathable option for keeping cool all summer long.

You can find the latest Ermenegildo Zegna fabrics at Festari For Men now. We import the latest collections and routinely work with Zegna to custom make tailored suits for our clients. Experience the luxury of ultrafine Australian merino wool and the incredible features of Micronsphere and Cool Effect that Zegna fabrics offer. For more information, you can visit our page on Zegna collections or contact us to inquire about our made-to-measure services.